A Peaceful March for Vanessa Guillen was held at Union Square Park in New York City on July 10, 2020. It may have rained relentlessly but supporters still showed up. And they relentlessly called out her name. They demanded justice for this young woman, daughter and former soldier at Fort Hood who disappeared.  Her remains were found in a shallow grave by a river in Texas.  The person in question of this promising young woman's death committed suicide. And there were reports of Vanessa speaking about being sexually harassed previous to her death.  A promising future was stolen and it's unacceptable.  After attendees stood in solidarity on behalf of this young woman, they peacefully marched to the US Army Recruiting Office Manhattan South(83 Chambers St, New York, NY 10007).
NO JUSTICE, NO ENLISTMENT !!
Say her name! #VanessaGuillen
By Jewel Webber-Brown 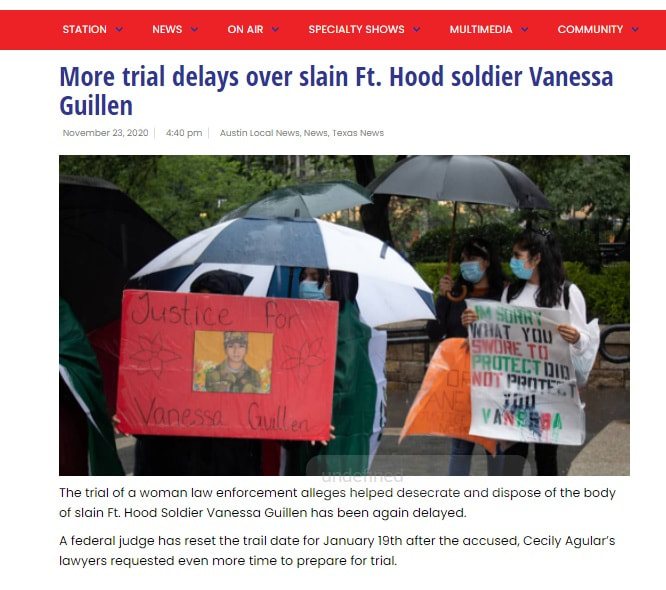 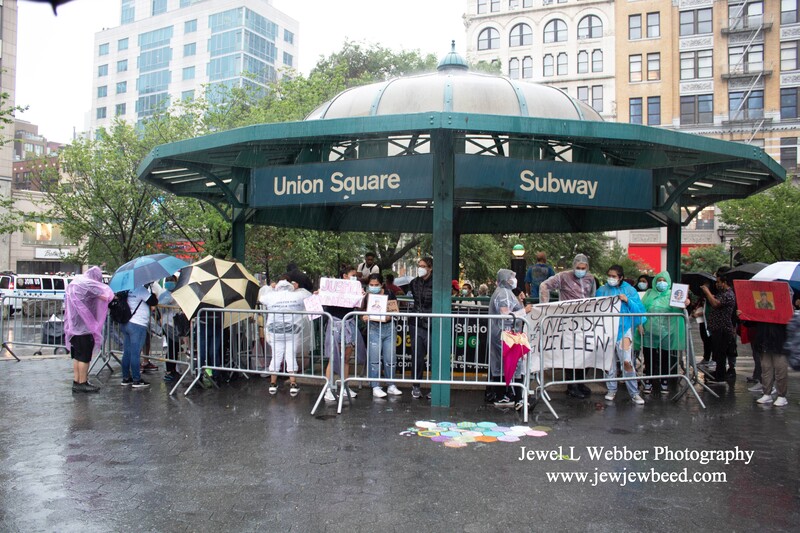 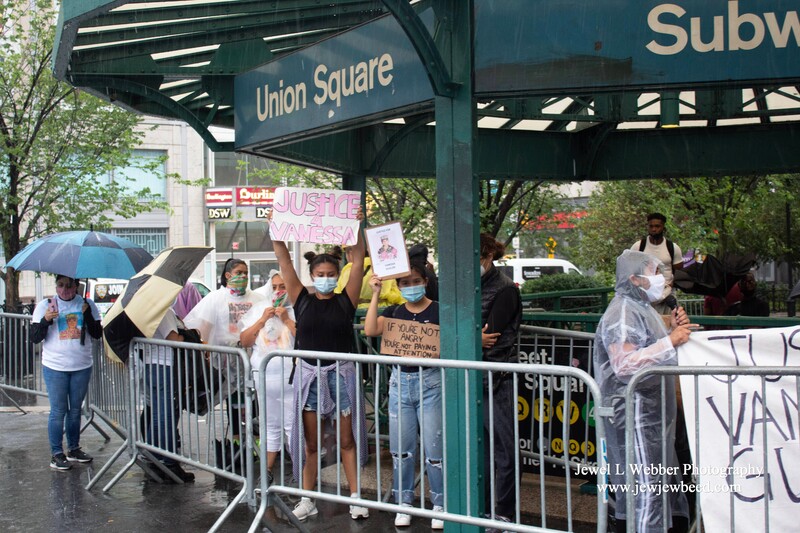 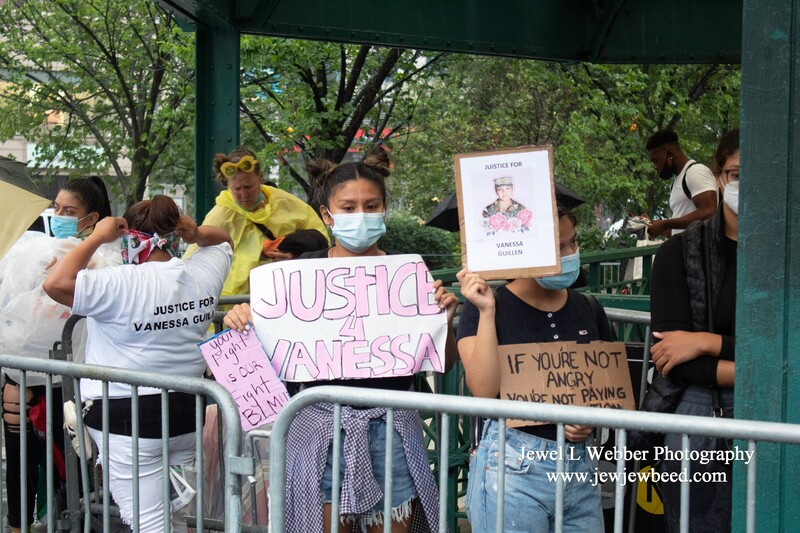 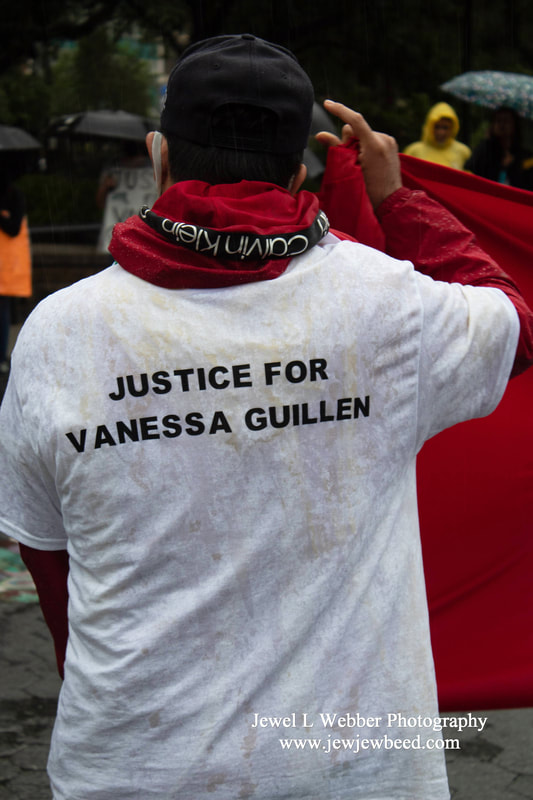 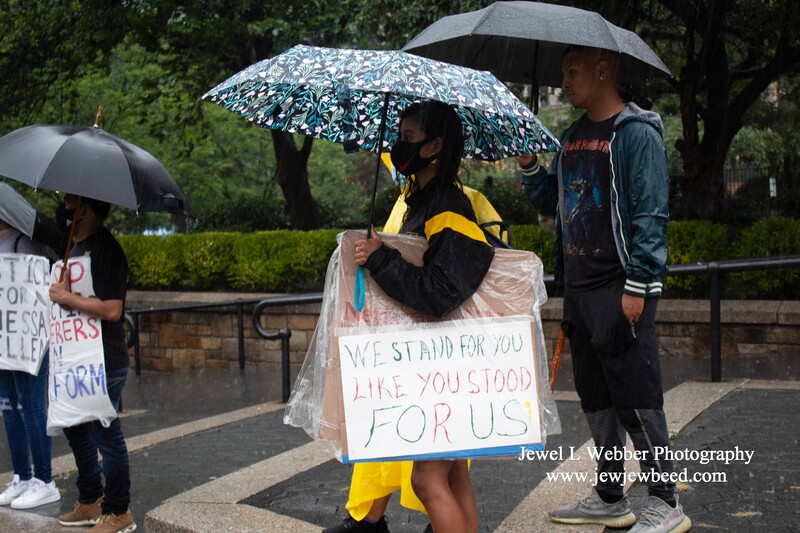 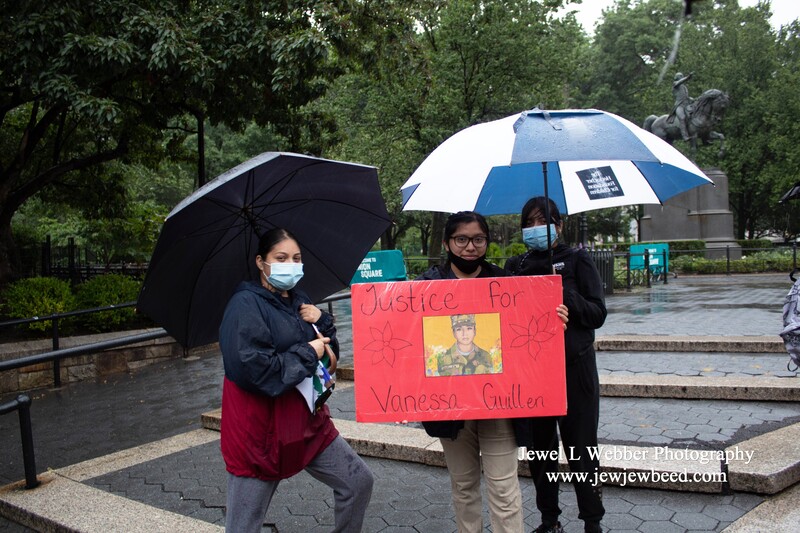 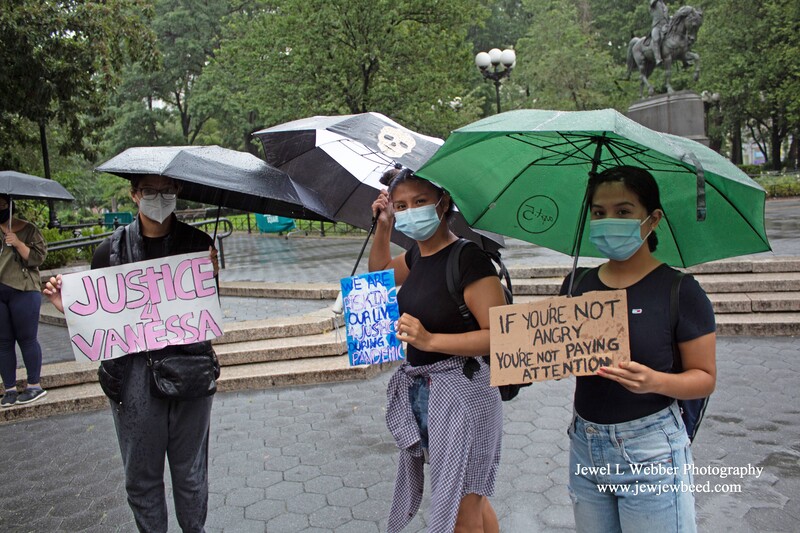 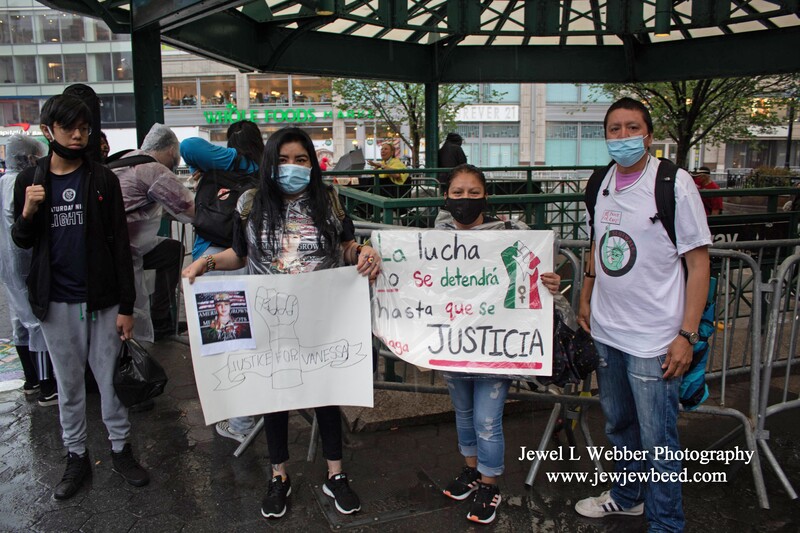 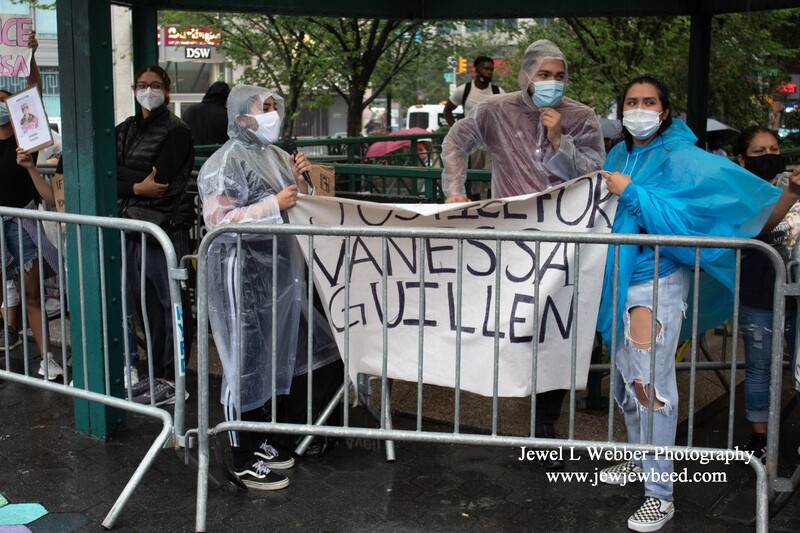 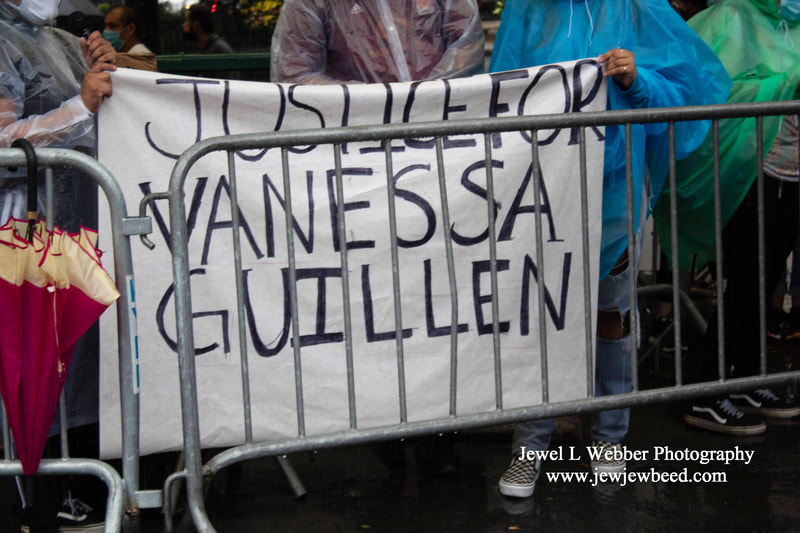 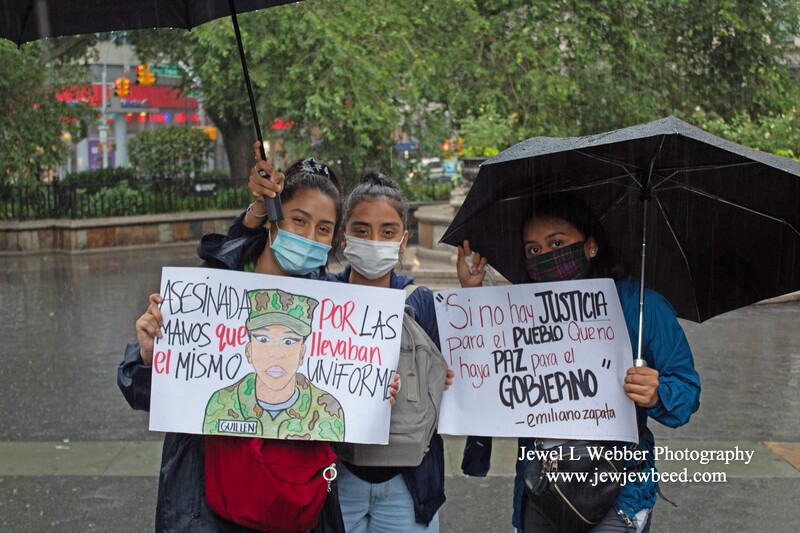 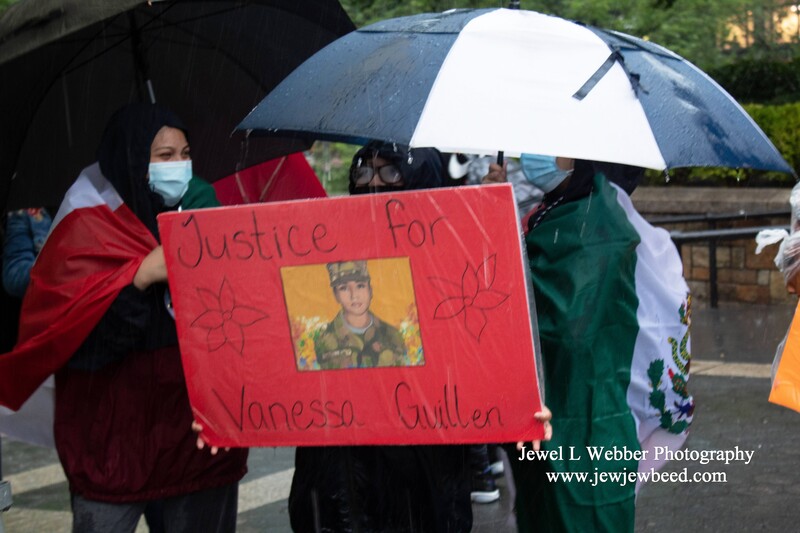 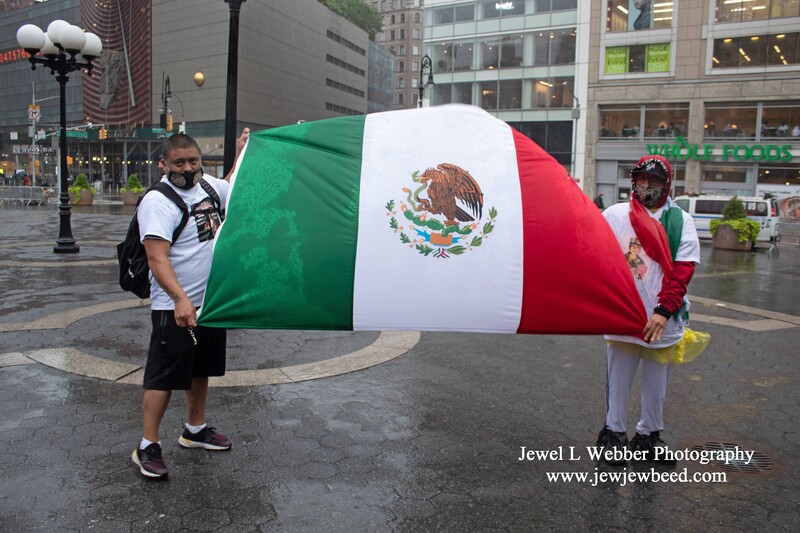 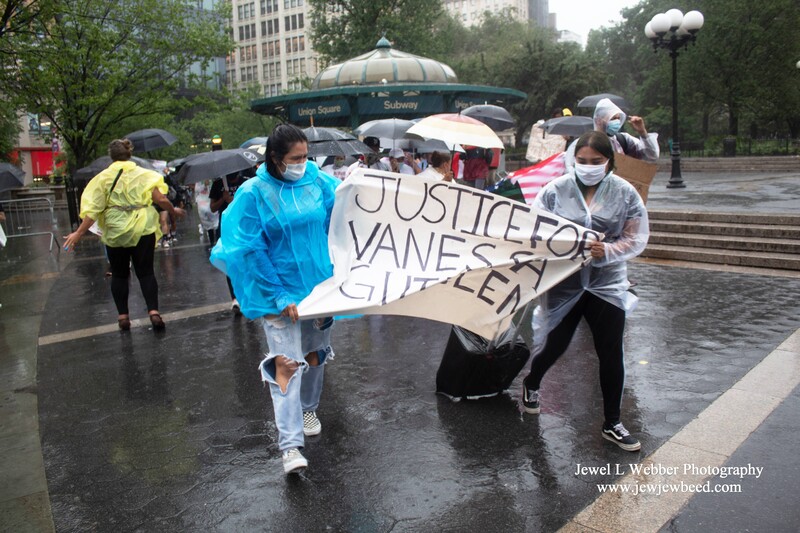 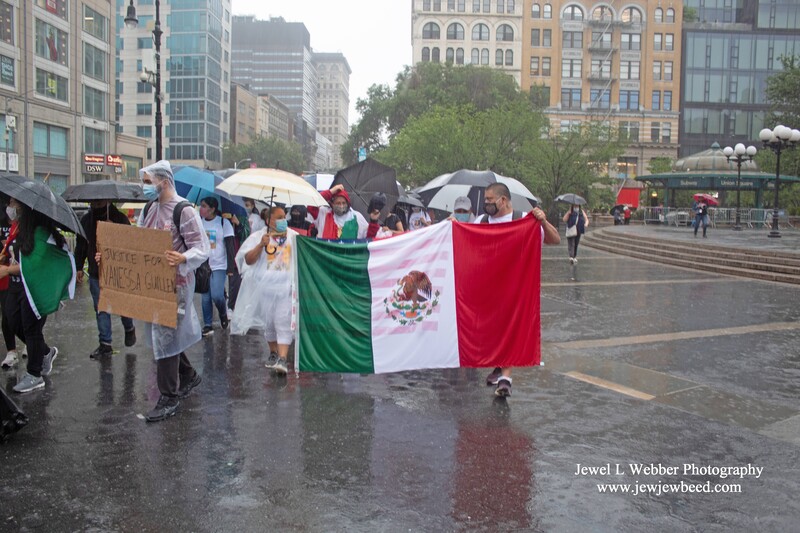 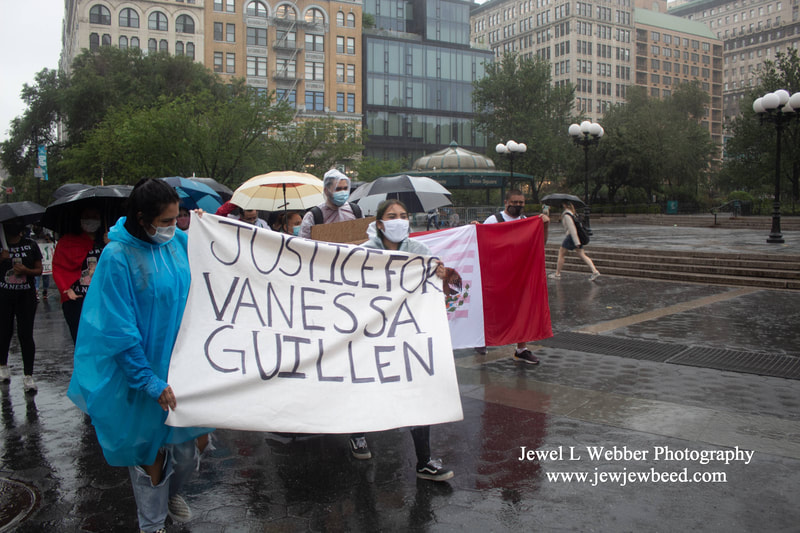 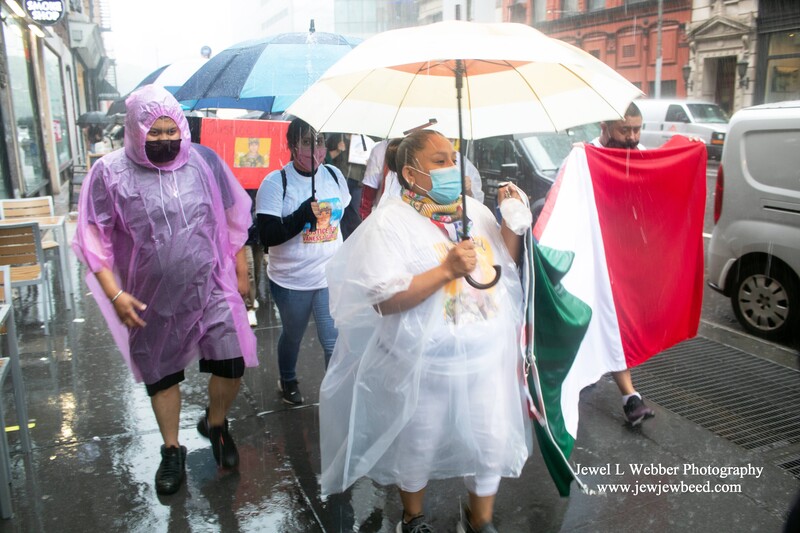 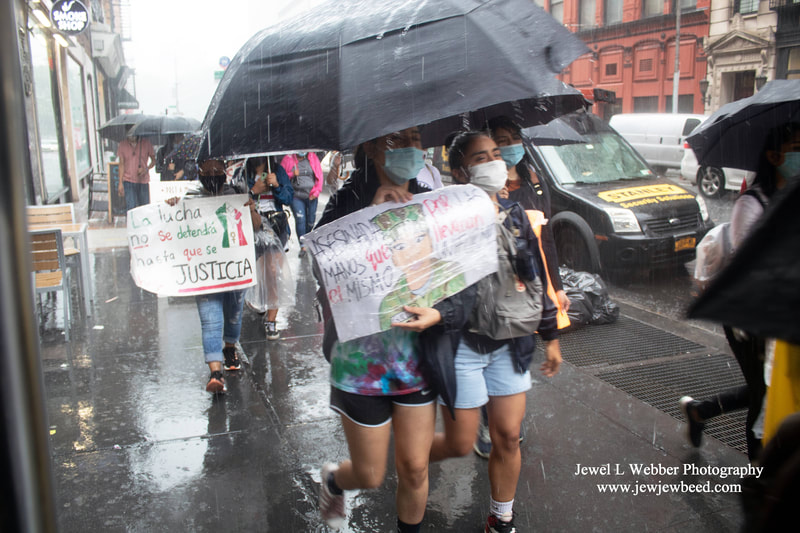 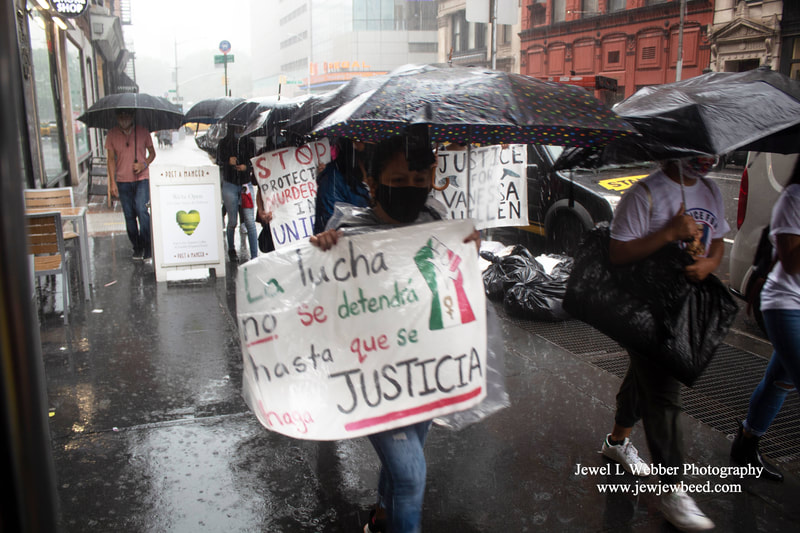 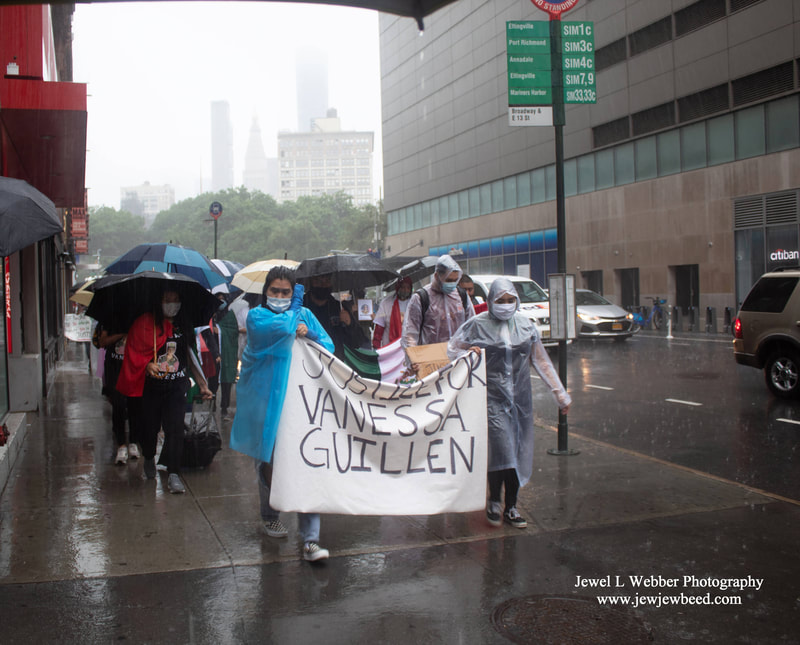 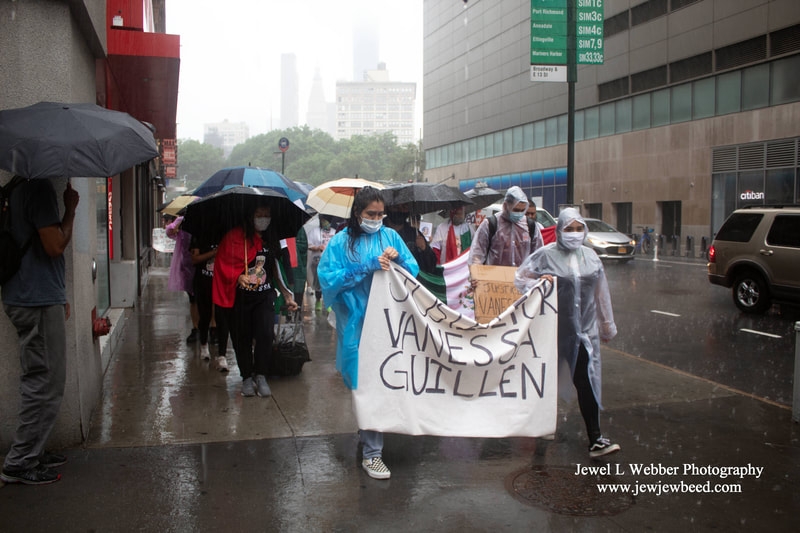 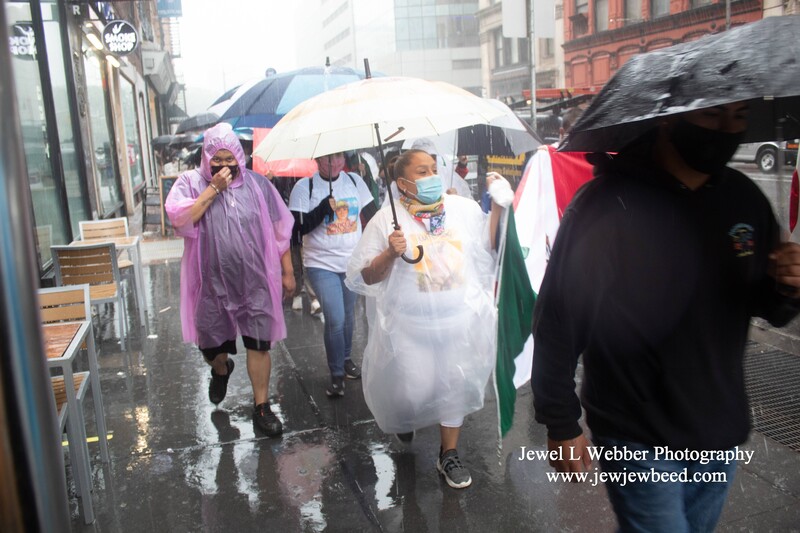 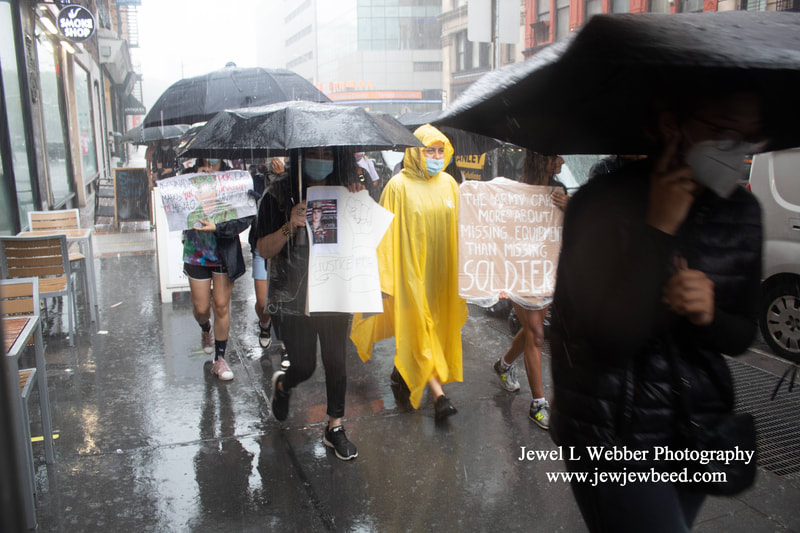 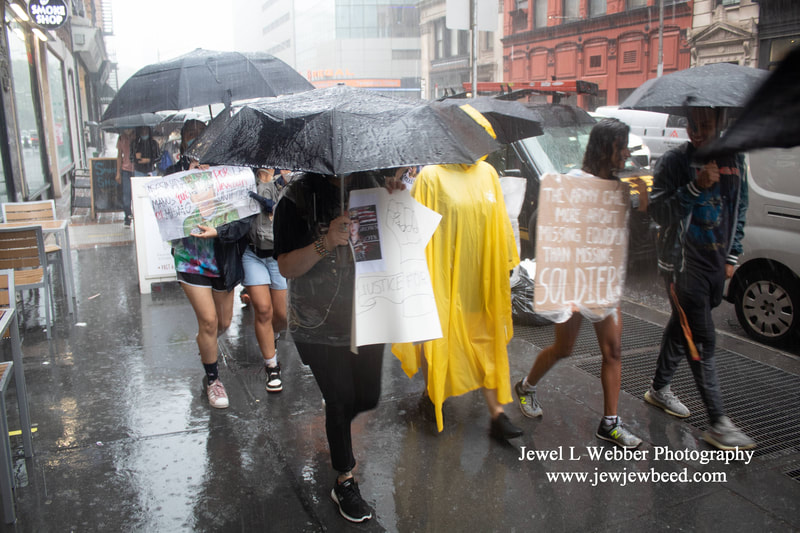 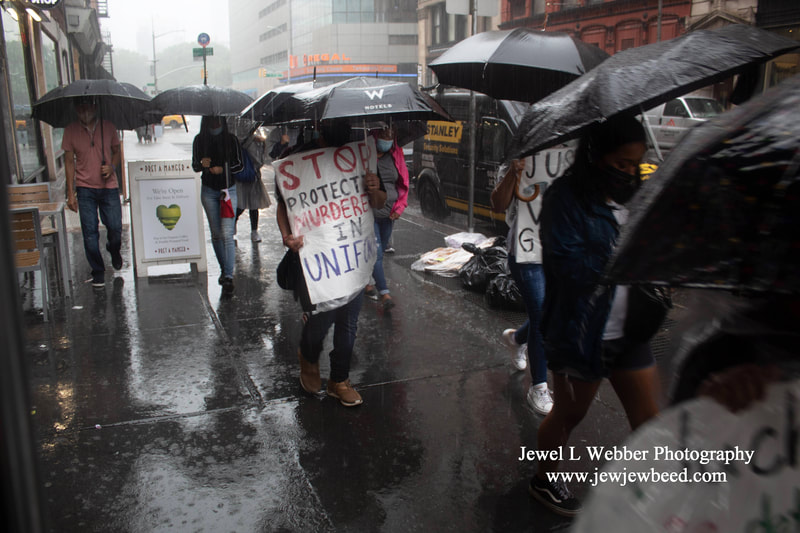 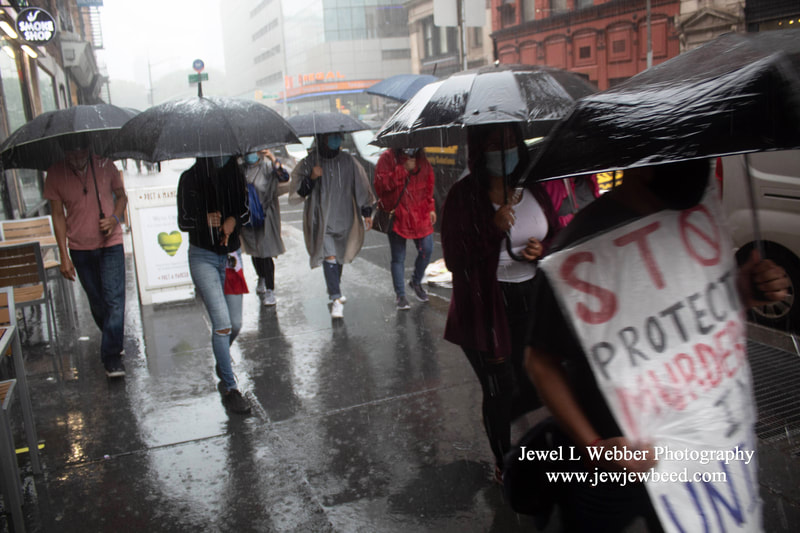